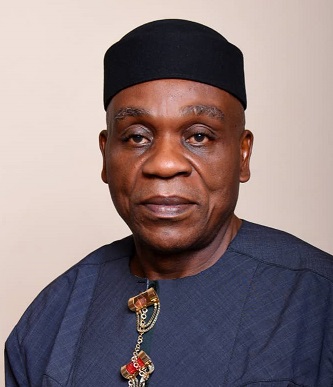 He became Deputy Director, in 2014 in the then Department of Mangement Support Services. He was subsequently posted to the Directorate of Open Distance and eLearning as the head of the Trans National Education Division. A position he held until his appointment as Director on the 25th of March 2021.

To be a catalyst in the Commission’s drive to deploy strategies for the improvement of the Nigerian University Students’ learning environment and development of better career opportunities and sense of social responsibility.

To deploy management initiatives and strategies that will support universities to provide and ensure that students acquire critical life skills for informed career choices and social responsibility.

The Division is headed by Mr. Osayande Osamudiamen (Deputy Director)

The Division has the following Sections:

FUNCTIONS OF THE DIVISION:

The Division is headed by Mr. Musa Zamuna (Deputy Director)

The Division is headed by Ms. Rita Okonjo (Deputy Director)

This Division has the following sections:

FUNCTIONS OF THE DIVISION: