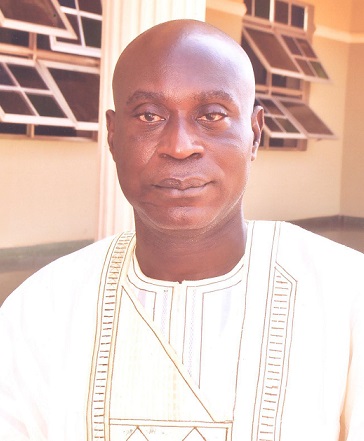 John Mairafi Ahmadu holds a Bachelor of Arts (Honours) degree in Public Administration obtained from the Ahmadu Bello University, Zaria in 1991. He joined the services of the National Universities Commission (NUC), as Personnel Officer II in September 1993, and served meritoriously in several Divisions and Units, rising through the ranks to the position of Deputy Director in January, 2014.

Among others, he worked in the Office of the Director, Personnel Management (DPM); Personnel Division (now Establishment and Staff Matters); Committee Division (now Corporate Services); Staff Training and Development; Administrative Secretary of the Nigerian Universities Network (NUNet) Project; as well as SERVICOM Unit. He was also, upon request, released on secondment to the mainstream Civil Service, during which period he worked in the Office of the Permanent Secretary (Ministry of Solid Minerals – September 2002 to December 2003), National Poverty Eradication Programme (January 2003 to April 2005) and Ministry of Police Affairs (May to August 2005). He has similarly represented the NUC in many Adhoc Committees.

He has, during the period of service, received extensive specialised training (both locally and outside the Country) in Civil Service Efficiency and Effectiveness; Human Resource Management; Leadership Enhancement and Capacity Building; Management of Higher Education Institutions as well as Public Service Reforms.

He was the pioneer National Universities Commission participant in the Executive Intelligence Management Course (EIMC) 9 at the National Institute for Security Studies (NISS) in 2016, and is a Fellow of the Security Institute (fsi).

He is married with children.